Always Care was honored that Dr. Bruner recorded a Video Testimonial for Always Care a few years ago. It is under Testimonials on our web site.

In it, she described how multiple times Always Care had taken care of her, and her other family members. Since then she has again used our services, many more times, including allowing, Always Care, Care Givers to be at her side as she transcended to Practice Medicine in a higher place.

We were also honored that her family acknowledged us, by mentioning Always Care Nursing Service in her obituary.

Barbara moved to Atlanta in 1944 although always considered herself a “Yankee.” She attended E. Rivers Grade School before graduating from North Fulton High School at age 16 in 1948. She maintained friendships from both schools throughout her life.

She returned to Pittsburgh for college, attending her mother’s alma mater, PA College for Women, now known as Chatham University. Again, she began friendships that would last a lifetime, keeping in touch with classmates through the years by attending regular reunions and performing class secretary duties for many years. She graduated in 1952 with a BS with Honors in Chemistry.

Almost unheard of those days, she entered Emory University School of Medicine in 1952 as the only female in her class (although two more joined before graduation.) Deciding at age 12 that she wanted to be a doctor, it never occurred to her that she wouldn’t due to social conventions at that time. Her parents supported her throughout the process as well.

Although met with some prejudice about “taking a man’s spot,” she flourished at Emory and became known as the class mom in short order. Classmates knew they could rely on her for help with schedules, professors, or studying, and she earned their respect and friendship.

Post graduating in 1956, she became the class secretary and maintained correspondence with all her classmates for most of her life. She completed her Pediatric internship and residency at the St. Louis Children’s Hospital in MO, followed by a 3rd year as senior resident at The Children’s Hospital Medical Center in Boston.

Following her training, she was offered and accepted a faculty position at Emory, joining the new pediatric section of Emory Clinic, seeing private patients there while teaching at both Grady and Egleston Hospitals. Barbara remained an active faculty member from 1959-1990, retiring with the title of Professor Emerita.

In 1968 she began full-time academic pediatrics at Grady, teaching and providing on-the-job patient care of clinic patients as Assistant Director of Ambulatory Pediatrics.

She was Assistant Director of the Georgia Poison Control Center from 1970-1985. In addition, she held a joint appointment in the Department of Community Health and Preventive Medicine from 1968-1975 as Grady Hospital liaison for the Atlanta Southside Comprehensive Health Center.

In 1973 she was appointed to be Director of the Pediatric Core Program for Physician Assistant students in the Division of Allied Heath. In 1985 she became Director of the Emergency Clinic and the Assistant Chief of Service of Pediatrics. Her particular interests led to expertise in the fields of Child Abuse and Neglect and SIDS (Sudden Infant Death Syndrome.)

After retirement from Emory, she became a part-time doctor filling in for doctors on vacation. This led to work in Kansas, Massachusetts, and Florida. She also worked part-time for several years at Florida clinics in Pensacola and Crestview and several other Northwest Florida locations before ceasing active practice in 1996.

She did not slow down upon retiring. She loved traveling and enjoyed many trips with her mother and travel companion LizAnn Bair. She visited Asia, Australia/New Zealand, Canada, Europe, among others, and annual trips to NYC for the Metropolitan Opera.

She also enjoyed spending time at her Florida beach house with her family. She took Spanish lessons, bridge lessons, volunteered at Egleston, did extensive research into her family genealogy, and was an avid reader (30-40 books each month.) She would beat anyone in a game of trivia and was well known for her sharp wit and intelligence. She was also kind and compassionate.

When she did start to slow down due to health issues, she was wonderfully supported by the staff from Always Care Nursing Service.

She said that despite her many accomplishments in medicine, she was most proud of her family and considered it her best experience. When asked during her medical school entrance interview how she planned to manage being a doctor and having a family, she replied she planned to do both; that men could be fathers and doctors and women could also do parenting and work simultaneously as well as men!

She was preceded in death by her husband of 37 years, Judge John Bruner. She is survived by her children Will and Debbie Bruner, and Mindy and Ivan McCloskey, and her grandchildren Brendan McCloskey and Janie McCloskey. She was very proud of all of them and would love to tell visitors about their endeavors.

She was at once a force of nature and unique personality. She will be missed by all those she knew and influenced over the years.

{Canceled due to the Corona Virus) A memorial service will be held on Sunday, March 22, at 2 PM, after a viewing at 1 PM, in the Oglethorpe Hill Chapel at H. M. Patterson & Sons Funeral Home located at 4550 Peachtree Road NE Atlanta 30319. Following the service, her ashes will be buried at Arlington Memorial Cemetery in Sandy Springs, Georgia. 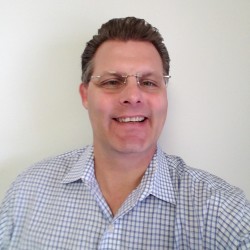 Always Care of Georgia since 2001

Served as a 1st Lt. In the US Army